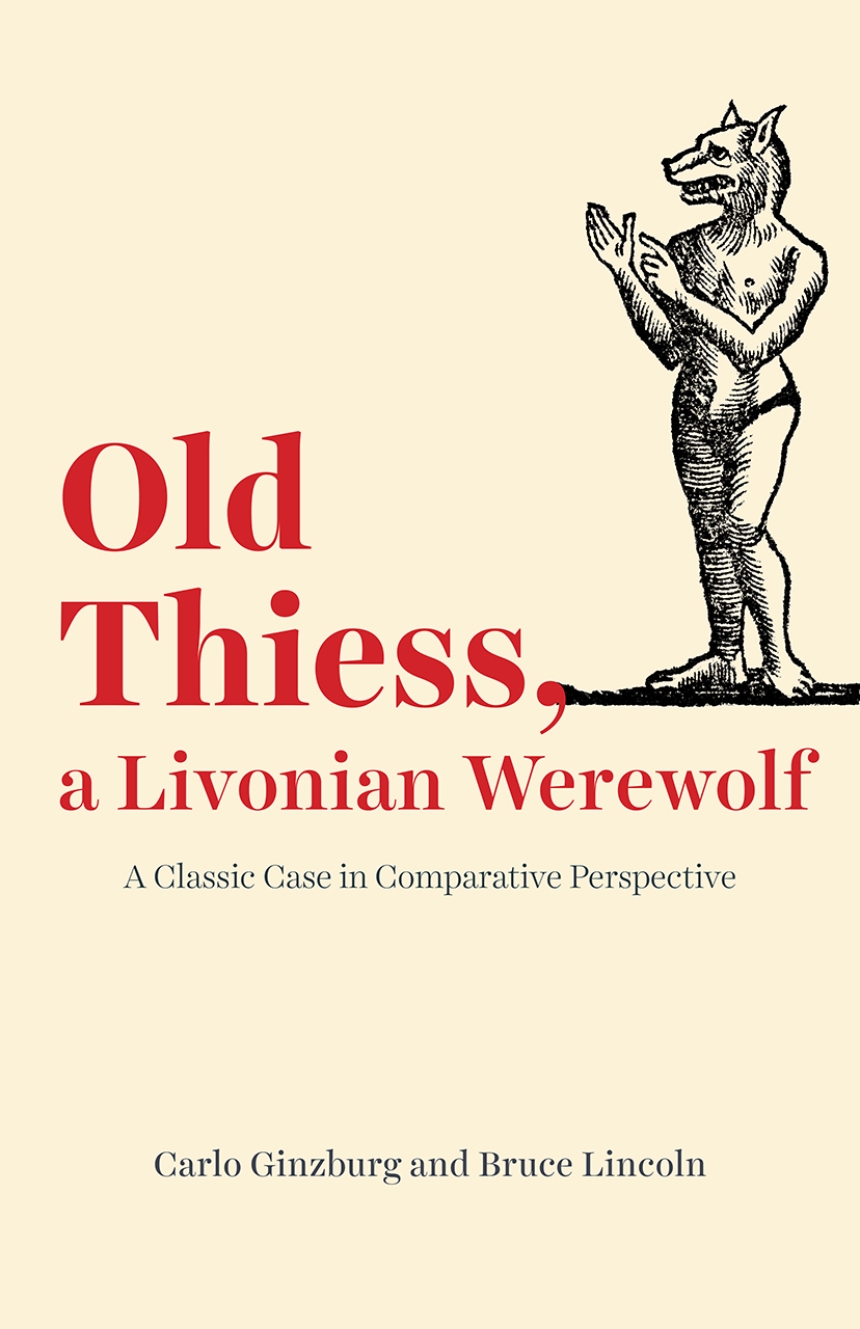 Here’s an excellent book I wish had come out in 2018 instead of 2020. Although it’s mostly reprinted materials, and though I’ve already read Ginzburg on Höffler, it still would have helped me sharpen a paragraph and enrich a few footnotes. Glad now to have read the whole thing.

In 1691, an old Livonian Man, Thiess (short for Matthew), confessed to being a werewolf, he insisted he wasn’t evil. To be sure, he did, on occasion, kill and eat livestock — though not without first cooking it on spits! — but mainly he and his gang fought the witches in hell to rescue the Livonian harvest from evil witchy clutches.

Ginzburg and Lincoln model two radically different approaches to this material. Their common enemy is Otto Höffler, the Nazi scholar of ancient warrior bands, who, in Thiess and other werewolf and totemic dog bands, saw evidence of a foundational tendency in Aryan culture towards ecstasy, violence, brotherhood, and state-formation. You might recall the berserker scene in Robert Eggers’s THE NORTHMAN.

Ginzburg counters Höffler by arguing that Thiess represents a longstanding and hitherto unrecorded preChristian and perhaps preliterate cultic practice centered around fertility, like the battles against witches by the Friulian benandanti, which Ginzburg studied in The Night Battles. In fact, we can detect an old strain of werewolf practice in Freud’s “wolf man” case history, misunderstood by Freud because he didn’t know the folklore of the man’s Russian nursemaid.

Lincoln, by contrast, reads the Thiess case as explicitly political: the indigenous Livonians vs the occupying Germans, who had long accused the Livonians — very late converts to Christianity — of being rustlers, pagans, and indeed werewolves. Thiess, argues Lincoln, responded by saying: yes, I’m a werewolf, but werewolves are good! We defend our crops (implicitly, against you lot, the Germans).

I don’t know whom to support, Lincoln or Ginzburg. Each argues their points well. But with each, there’s an irony: the “political” reading, about indigenous resistance, is the one that makes the least use of any claim to local culture: in Lincoln’s reading, Thiess could be a colonized peasant from anywhere. On the other hand, Ginzburg, the defender of resistant cultural practices, is the scholar least attentive to the particular historical situation of anticolonial resistance. Does the implicitly Marxist reading dissolve cultural specificity, and does cultural specificity tend to dehistoricize? That’s what the book implies, I think, despite itself.