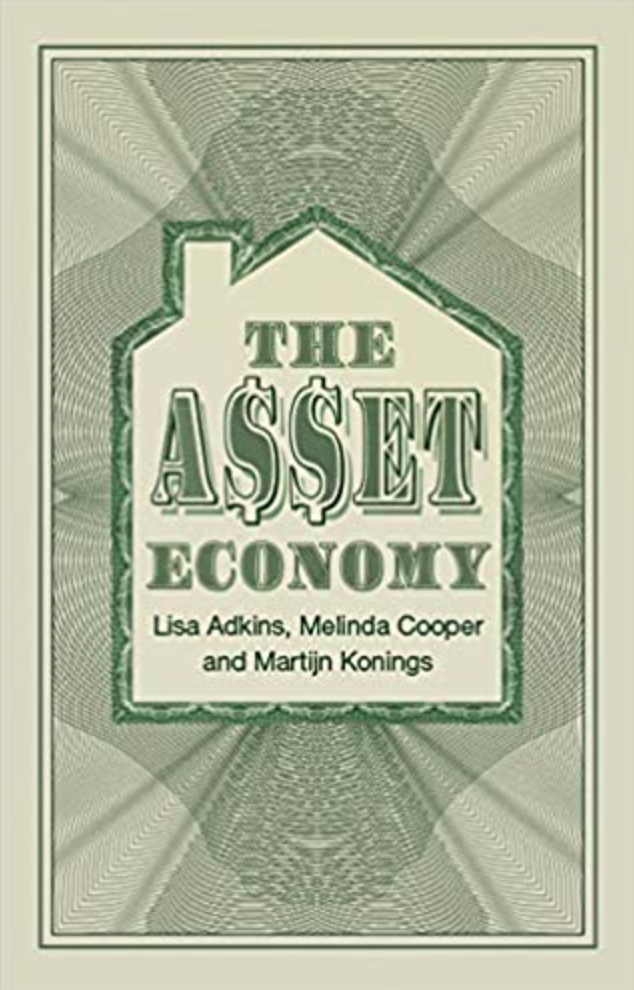 THE ASSET ECONOMY (Lisa Adkins, Melinda Cooper, and Martijn Konings), three Australian sociologists on the peculiar characteristics of modern economic inequality. Moving beyond Piketty’s narrow focus on the 1%, they argue that asset ownership — chiefly of property — among a wide swath of the electorate is *the* key issue for understanding both class and how politics seems to have stalled.

The 70s were a period of high wages, strong unions, good unemployment benefits, high inflation of consumer goods, and low inflation on assets. The 21st century is the opposite of all that (and, yes, rising property values is inflation. That observation blew my mind a bit. It just doesn’t feel like inflation once you own property).

In this world, wages are important, but as you all certainly know, they’re no longer enough to get you into the housing game. In the 21st century, what’s needed are intergenerational wealth transfers.

It’s hard to counter this mess with anti-inflational policies directed against assets, because property ownership and buy-in to stock-based retirement accounts are sufficiently widespread that no one can win an election on a program of a return to high wages and low asset appreciation. What to do? That’s unclear.

Short book! I’m not an economist or a sociologist. Recommended on twitter by Malcolm Harris.